Connect to Angola through direct routes to A2P SMS. We are opening doors to more business opportunities together with the number one mobile operator in Angola, Unitel.

Through direct connection, Go4Mobility ensures reliable delivery through the strongest routing available in this market. Thousands of Bulk SMS are routed directly to the operator, without depending on hops that may compromise reliability, security and speed of delivery.

Benefit from our quality Bulk SMS routes to Angola and add this destination to your A2P SMS Business.

"We are very pleased with our partnership with Unitel, through a direct connections to Angola where thousands of SMS will be sent with high levels of throughput, delivery rates and efficiency for the African market standards" 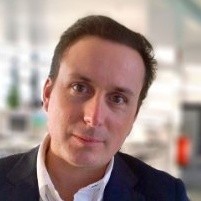 Angola being a potential country for investment, currently has over 14 million mobile phone users and almost 7 million internet subscribers.

In numbers, a significant increase is expected over the next 4 years, with more than 6,3 million mobile phone users and 6,9 million users with Internet access.

With another direct route, on this time to Angola, Go4Mobility increases to a total of more than 380 connections between mobile operators and partners, all over the world.

Through our global reach and seamless deliveries, we provide SMPP and powerful API connections, with high quality and the ability for high delivery rates, whatever the number of messages that you are sending.

How do you expect to use the new connections to Angola?

We have a specialized team waiting for you!

Talk to an expert

Recent articles that may interest you: